After quitting my job and leaving the States in a rush, and with Brexit not making going home to the UK too appealing. It was February and NYC had been damn cold, so I figured unwinding on an island for a month might be a good move. The Canary Islands are right off the coast of Africa and are pretty warm all year round, and Tenerife especially seems to be popular with pro’s like Chris Froome swinging by for winter training camps.

Getting from New York to Tenerife was going to be a 32 hour flight via Russia for $400, and that sounded not great. Luckily there was a $200 flight with a grand totoal 23 hour flight time, from New York, via Porto and Lisbon in Portugal, then off to Gran Canaria - another volcanic island next to Tenerife. There’s ferry`s going between the islands and I wanted to check out a few so why not. 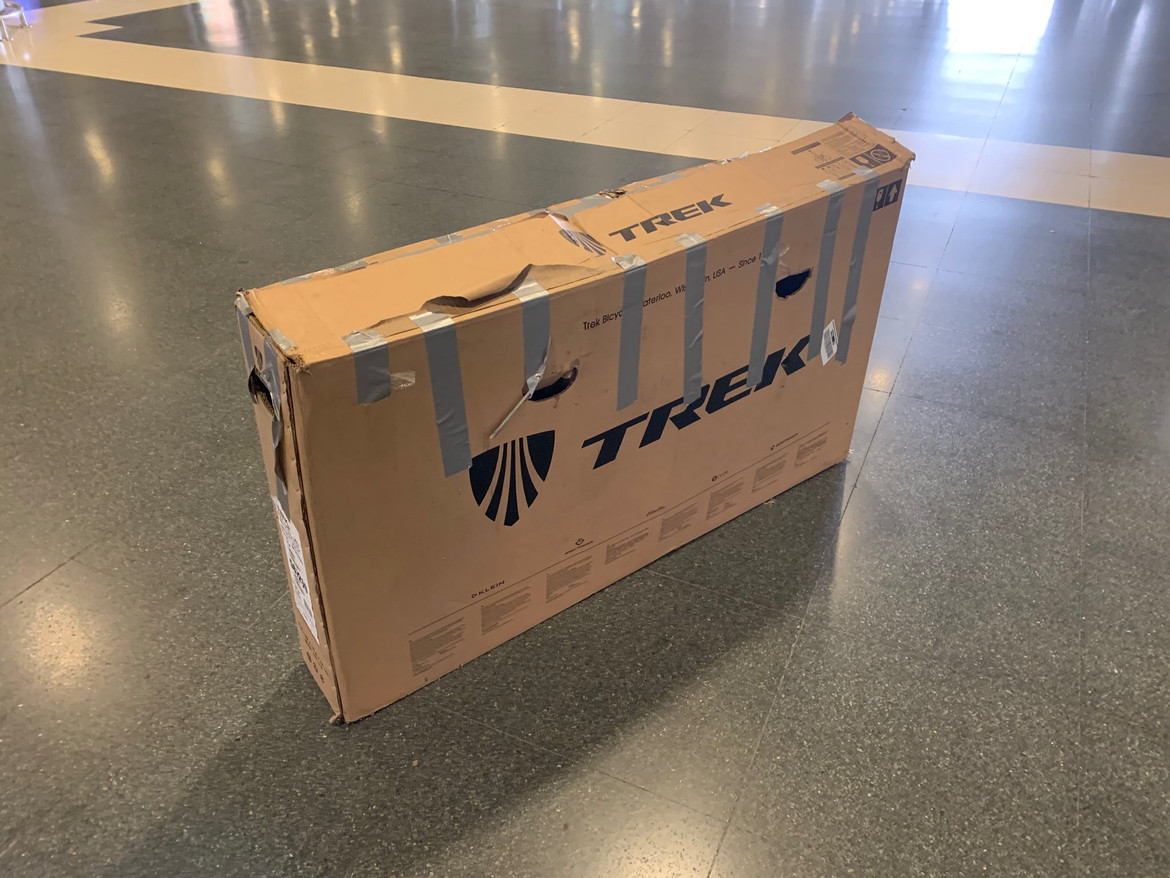 The plan was to carboard box my Surly Crosscheck there, then ditch the box and ferry to the mainland of Spain when I was done. So I got to Gran Canaria, built the bike up, cycled off, and was immediately met with a brutal climb.

Gran Canaria is one big huge steep volcanic cone. A lot of the touristy resorts are on the south side, and the north is more local folks.

I was glad I had my Surly Crosscheck and not my Ritchey Swisscross, as having a 1x drivetrain would have been the worst! The Surly 50/34-11/30 was awful for commuting around NYC (I was chewing cassettes staying on the middle cogs and only swapping between the stupidly big and stupidly small chainrings!) but for the Canary Islands it was pretty good.

That said, climbing for this long and in this heat was new to me, so there were some struggles initially. Sometimes I think I’m an ok climber. Definitely not as good as my jocky-sized friends for sure, but in road/cross races I seem to gain a few wheels on the climby bits. Those hills are pretty short though, and the number of climbs I’ve done over 1000m could probably be counted on one hand!

My biggest continuous climb according to Strava was 1200m. I beat that on my first ride here, then added a few hundred meters to it every day after that! Even popping down to the grocery store and back was a 700m climb.

As well as learning how to climb for hours, I also learned how to descend. Sure I can bomb down Bear Mountain at a decent rate, but I have practiced that and I know the turns, they’re pretty forgiving. Plus it’s only a few minutes long. Some of these descents were as long as 45 minutes, with crazy turns, that would look like they were going to be a wide turn then cut back on themselves unexpectedly. My brakes would start to smell funny, and my arms would hurt from the descent. Learning to use the brakes less and lean through the turns was really helpful at improving this situation.

The TrainerRoad podcast actually helped me here. Half way down a 2km descent, I was freaking out and laughing maniacally as I wrestled the bike around corners poorly, and a pro lady (sorry I forget who!) came on the podcast. She started explaining you need to get the outside foot down, plant the weight there, and turn your shoulders where you want to go. This was awesome because three seconds later I gave it a try and it worked!!

My mistake in Gran Canaria was only giving it 6 days, and not checking out the south side until the last day of riding. The north is nice, pretty, away from shouty “Brits Abroad”, but the center and the south is amazing when you’re away from the resorts. Every few miles looks like a totally different country or continent, with an Alpine area, a bit that looked like Utah desert, and another chunk which felt like the Rockies in British Colombia

Jumping on a ferry was fun. They don’t let you on the humans entrance unless you take your bike apart and put it in a box, so I just got in line with the cars and drove on the big ramp!

Tenerife is a much bigger island, and the choice for rides is endless. Whatever you do there is a huge climb, and some days as much as 4km! You get on your bike, point it up a 8-10 degree incline, and don’t stop for at least an hour. Then you turn around and WHEEEEEEEEEEEEE, all the way back down. I did a few of these at night, after spending the day writing, swimming, touristing, or entertaining friends and family who swung by over the five weeks.

Wherever you go, whatever you do, you are going to climb a lot. The only flat part of the island is a few kilometers of “sediment lake” in the center of the island, and to get in there you need to complete the longest continuous climb in Europe.

In just 35km you can ride from zero to 2,100m and it really is continuous, not a flat section or banked hairpin alleviates the strain on your legs. — Cycling Weekly

Something I am not used to is how much the weather can change at different heights. Sure, going up mountains the air usually gets colder, but not here. It can be raining at sea level then you climb through the rain clouds and you are sweating in direct sunlight, or vice versa. You can start of melting lower down then get caught in what the local folks call “upwards rain”.

Another cool name for an effect I’ve never seen, is the “Sea of Clouds”. I got to see it a few times after climbing up to Teide National Park, and it really tricks your brain, it looks like the sea! You can see other islands poking out through the clouds, and it’s really mystical. 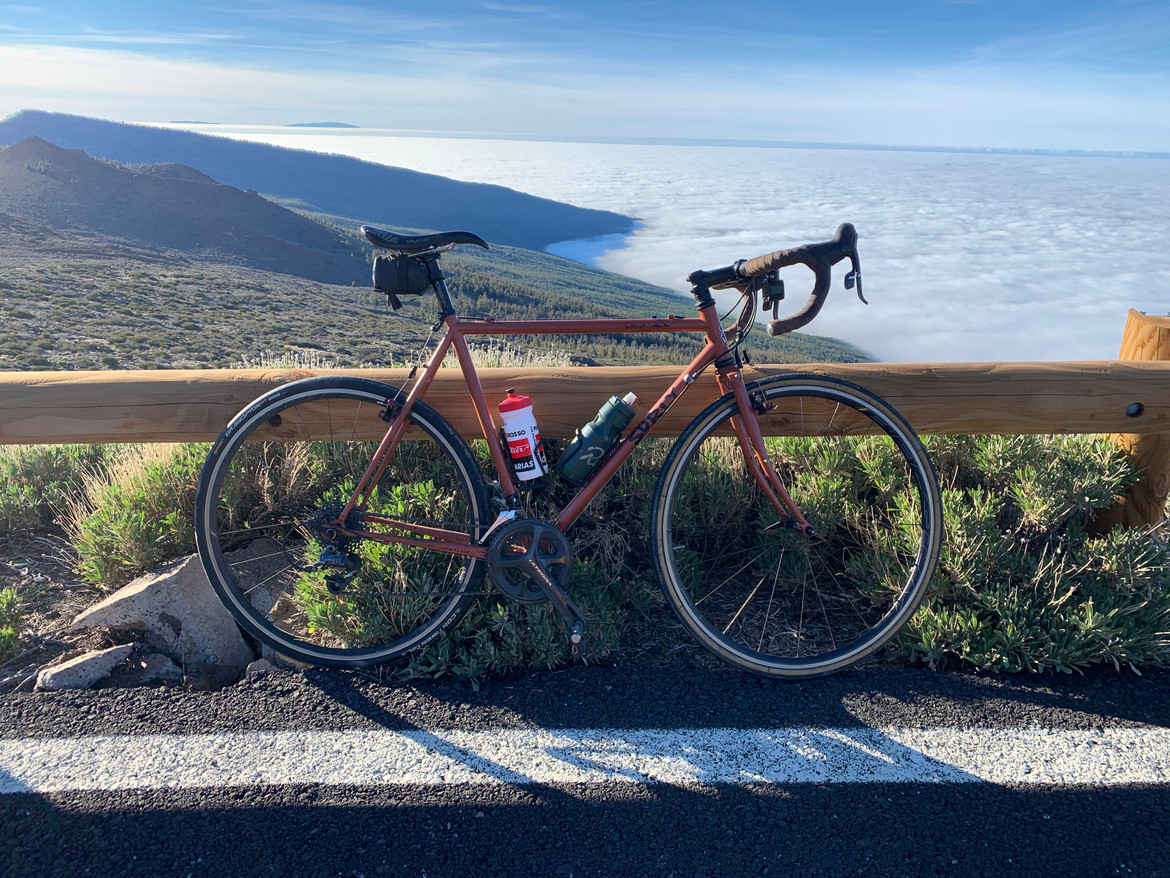 I really really loved it in Tenerife, and wish I could have stayed even longer. I did end up getting that wish come true a bit after getting heat stroke, I extended the stay a few days and hung out in Puerto de la Cruz, probably the prettiest of all the cities. 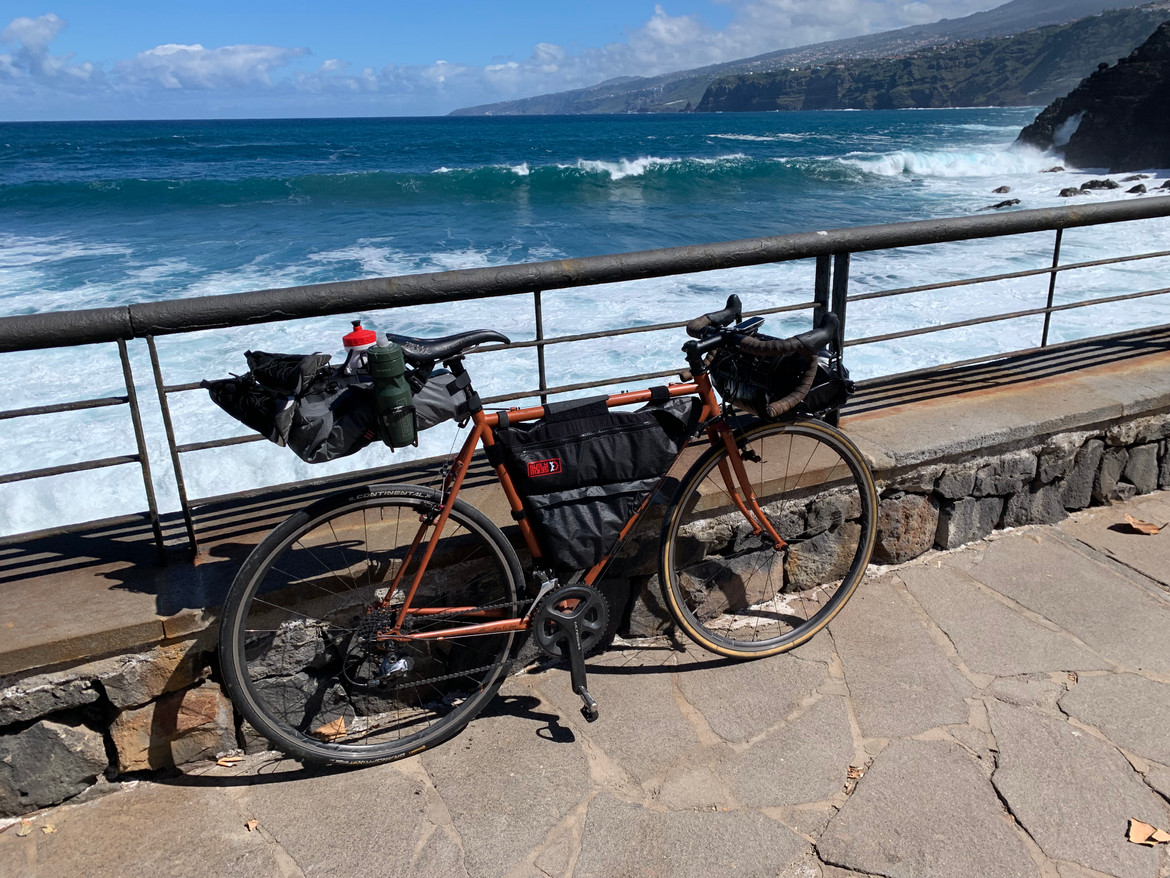 Can’t play forever though, about time to start the new job, and for that I needed to get on the ferry to Spain. 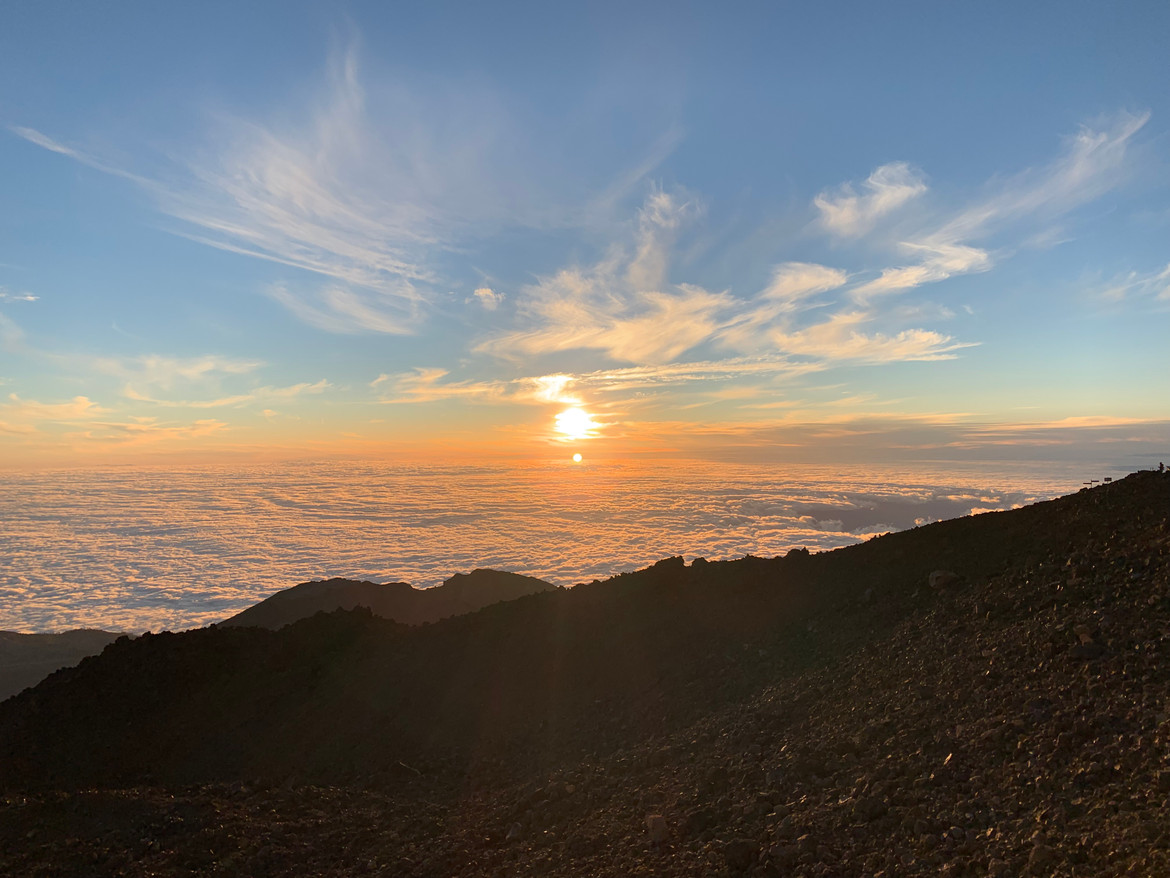 2018 was a blast, in a bunch of unexpected and ridiculous ways. It had come to my attention sometime around June that I hated by job. Lots…

After leaving the states and spending five weeks in the Canary Islands, it still felt too soon to rush into a new life back in the UK, so I…