I have a reputation for haphazard bike work, and getting into stupid situations. I crash, I forget to torque my bars up so a crash mid cross race leaves me riding sideways for the rest of it, and at this point my touring bike is 50% zip tie.

The other day I managed to completely outdo myself, and got into absolutely the most ridiculous bike situation I can remember.

My head was a bit in the clouds after the approach into Zurich two days before being offensively beautiful. 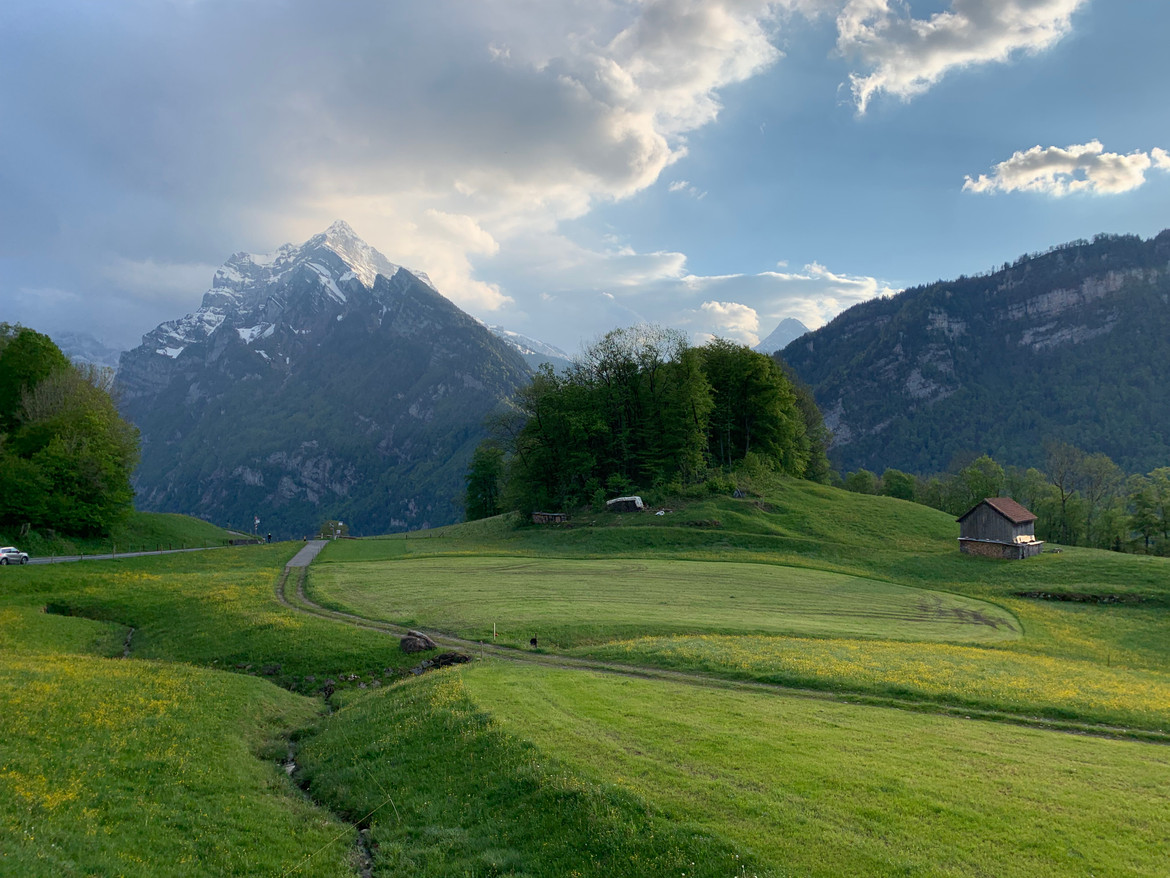 It was really hot, there was 1.7km of climbing to be done to get from Switzerland into Germany, and my bags were feeling heavy. There was an extra chain I grabbed on Zurich knowing mine was close to dead, and I even had a spare cassette I’d been lugging around since the Canary Islands.

It seemed like getting this on the bike and chucking the old stuff would be a weight saver, so I stopped at the first shade: a petrol station in the middle of damn nowhere. The chain came off easy, then I ran into first struggle: my chain breaker pin had vanished. 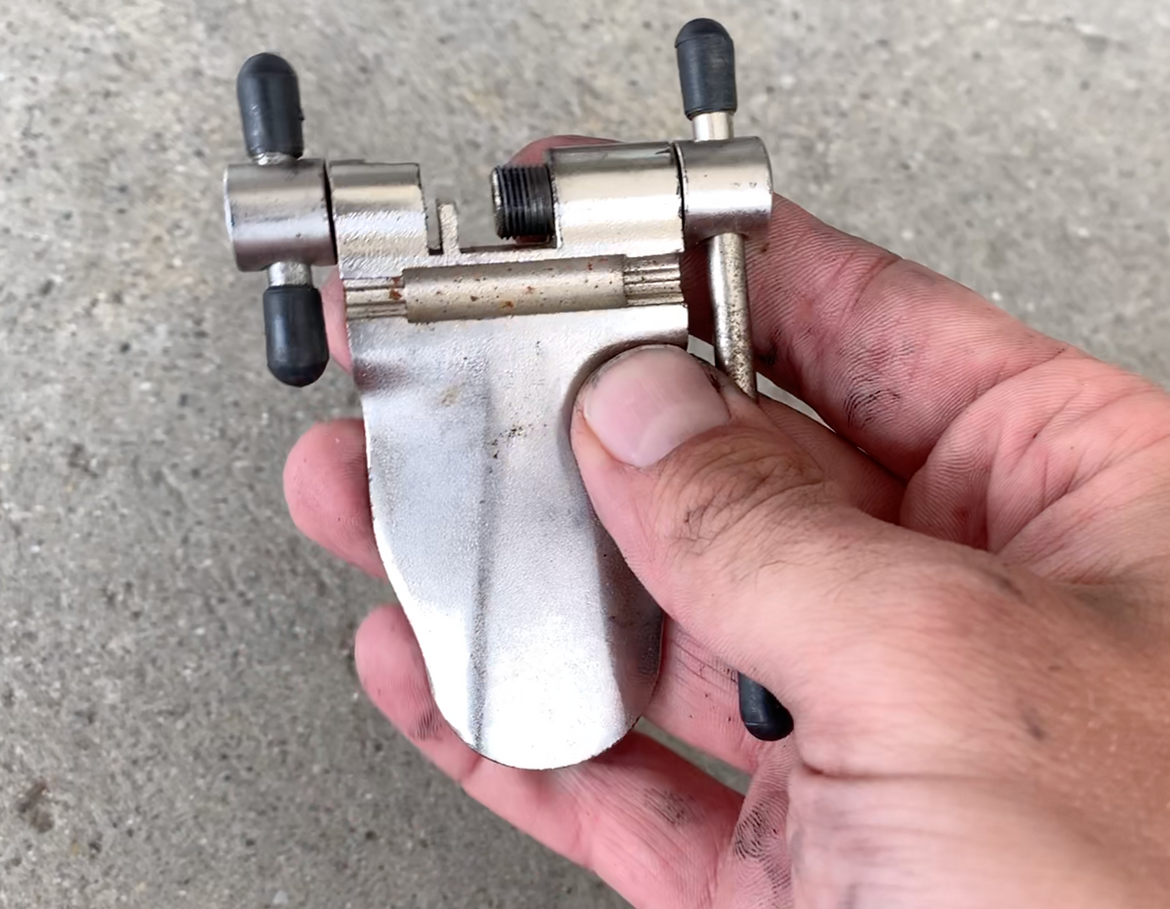 Luckily I had one on my Crank Brothers multitool, and despite never getting it to work on 3 attempts in the past, today it worked! Fuck that chain breaker, it’s in the bin, more weight saved.

Chain is sized, cassette is on, time to put this wheel back on. Chain tensioner is on, skewer is in, now I can just… Hmm, where is the nut?

Twenty minutes later, after the teenager working the till and I had gone through the whole fucking courtyard on our hands and knees, and he even started going through the nasty bins before I snatched it away and said “Please no, this is my job!” and got in there picking through fag ash…

THE NUT IS NO LONGER OF THIS EARTH!

No trains, no taxis, no mates nearby, and although there’s plenty of cyclists flowing past it’s not like they’re gonna hand off one of their nuts, nor does any sane cyclist bother carrying a spare.

Time to get creative. 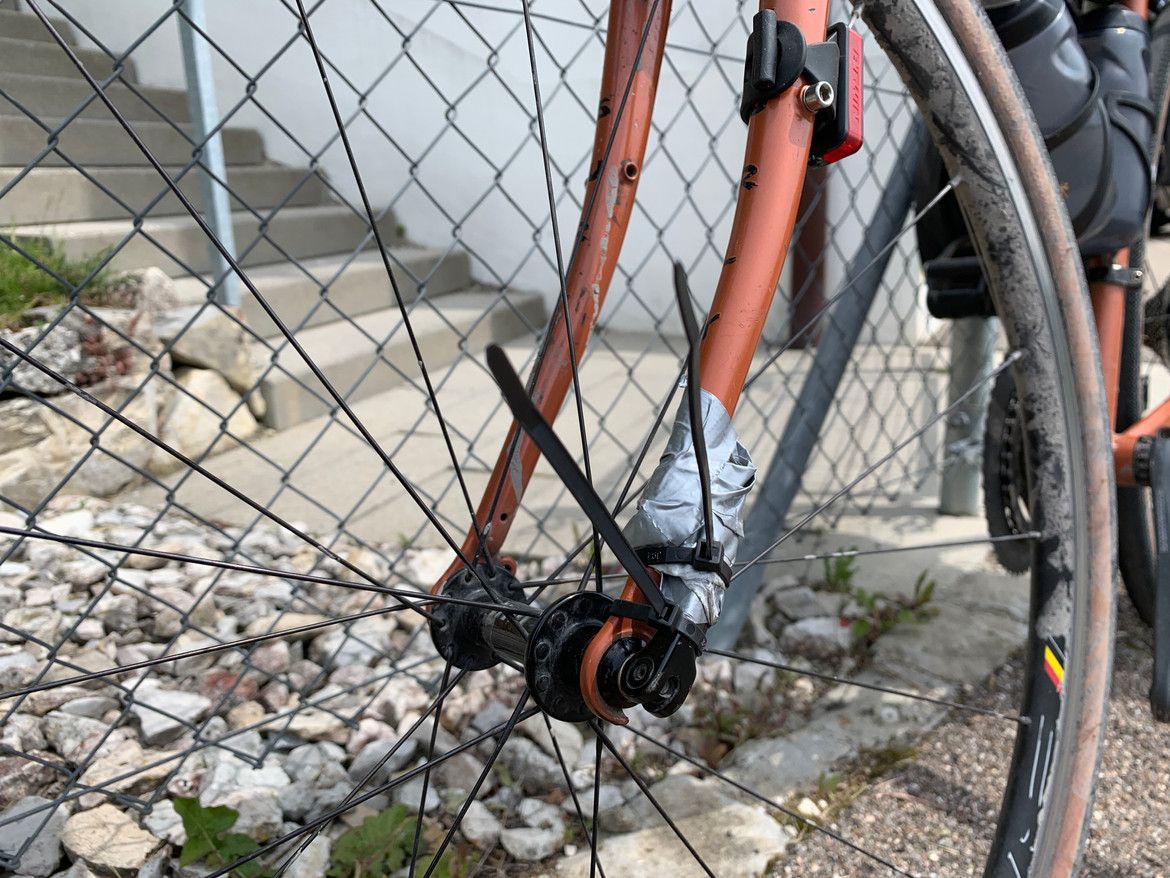 This looks crazy, but I am honestly proud of this bodge.

It worked! I got 8mi to the nearest bike shop: bike cafe, and we both laughed our assess off when I pointed to the abomination on my front fork.

The best bit about this whole thing, was this mistake didn’t cost me a single Euro-cent, and I saved even more weight. I gave him a giant pedal wrench I definitely don’t need, and he gave me the nut for free.

After all that nonsense, I ate a giant pizza, then pushed through the Black Forrest to Frieberg im Breisgau, Germany. Some friends lived in the area so we ate all the sausages and drank all the giant beers! 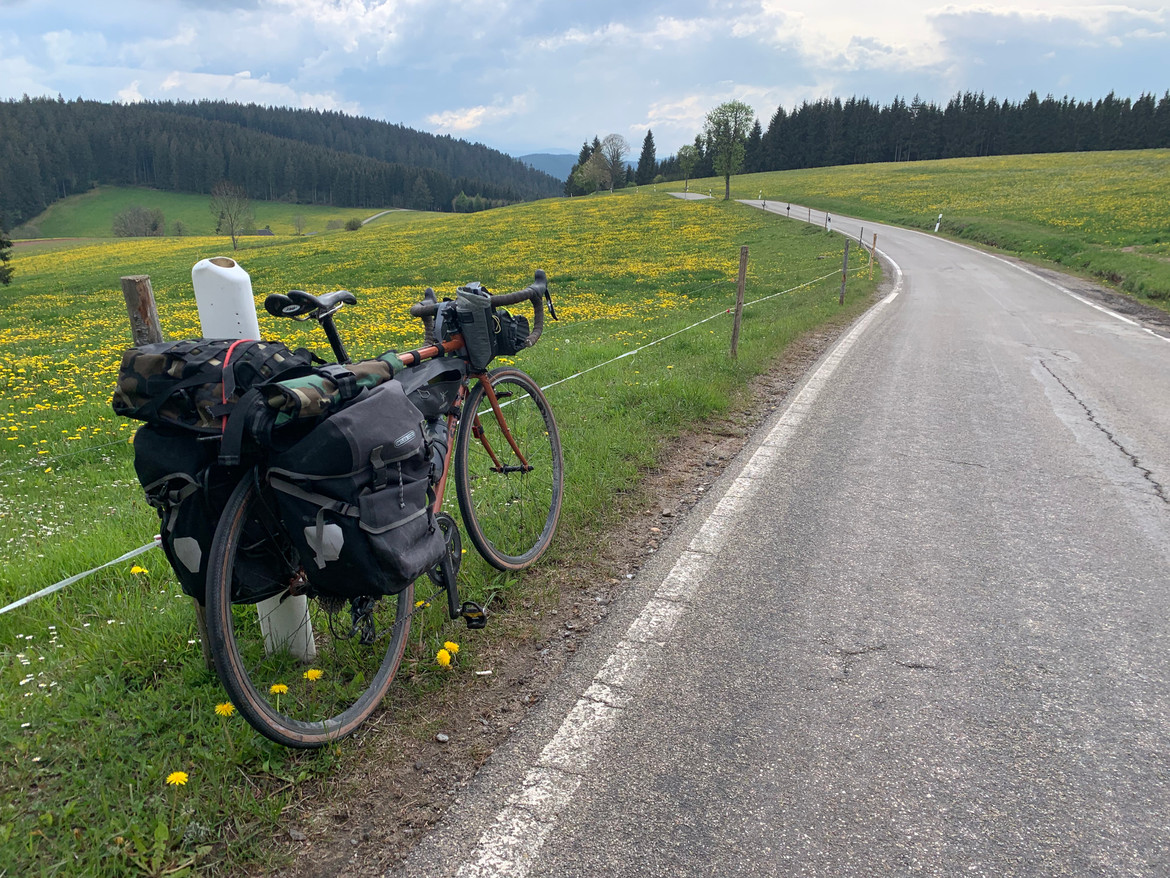 It’s been a week since this happened, but still, every time I look down at my front wheel and see the little plastic nut he gave me, I laugh out loud.

After my brief stop in Milan, I had fresh bearings, fresh legs, and some beefy new tubeless tyres, all in perfect timing for a venture into…

Two months ago I set off from Spain heading north, with no real goals other than “hit as many countries as you can and do a good job at your…